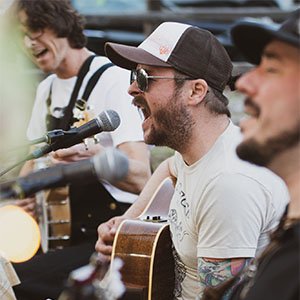 The Timothy O’Neil Band (aka T.O.B.) is a national touring bluegrass/Americana band based out of Sonoma, California. During their career, the band has released a full-length, entitled “TOB” and are currently finishing their sophomore effort, while frontman and guitar slinger, Timothy O’Neil has released 2 solo albums which are incorporated into the band’s repertoire. Featured as one of 2016’s “Bands on the rise” by the Press Democrat, The Timothy O’Neil Band mixes origin roots of bluegrass with a strong nod to punk rock, folk, and a lifetime and adoration for songwriters and songwriting. Tim Himself has released two solo records and the band is releasing their sophomore album on September 22nd.