Enjoy these reader-contributed photographs of our beautiful region!
Curated by Lorraine Bruno.

Petaluma River on a winter’s night. Photo by Scott Hess.

Russian River Reflections: The Healdsburg Railroad Bridge as it reflects in the waters of the Russian River below it.

“Our neighbor’s horse striking a pose for me at the top of the hill. “
Photo by Katie Gebhardt

Snowy egrets at the 9th Street rookery in Santa Rosa.

Photo by Photo by Lorraine Bruno.

Sunset from a hilltop

The Spider and the Rose. Cloverdale.
Photo by Marjorie Morgenstern.

“Waterfalls, caves, and tidepools at the Sonoma Coast State Park, near the north end of Salmon Creek.”

“When your 5 year-old daughter points out there is a “feather in the sky!” you make sure to take a picture of it! Windsor, CA.” Photo by Aimee Child Gray.

“Pansies remind me of all those childhood stories where the flowers have voices, tell secrets, perhaps engage in a bit ‘o mischief.” At Pascaline Patisserie & Cafe on Gravenstein Hwy North. Photo by Kathy Jernigan.

Arched bridge over a stream on Dunbar, near Kenwood. Photo by Lisa Lombardi.

Gulls in flight at the mouth of
the Russian River at Jenner.
Photo by Kathy Salangsang,
shot from her kayak

Sunset and waves at Fort Ross.
Photo by Ed Storck. 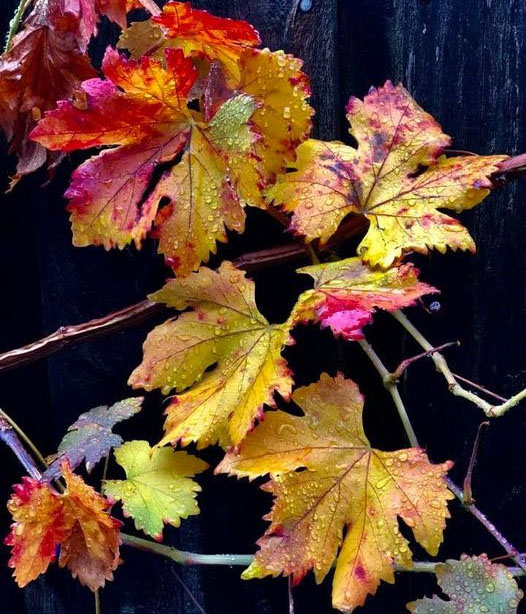 “Sun enhances, but so does rain!”. Photo by Anne-Marie Nordquist.

Goat Rock Beach, Sonoma Coast State Park by Guy Miller. Oct 16, 2020 · Jenner, CA· “Went to Goat Rock last night to take advantage of the moonless night to photograph the Milky Way. What I didn’t expect was to see a bioluminescent display in the breaking waves. The glowing blue light is caused by a marine microorganism, a single-celled creature called a dinoflagellate. Through a chemical reaction they glow when disturbed by the breaking waves. It was truly a magical scene.”

Diving enthusiastically for a shrimp?
Bodega Bay, by Will Bakx.

Be sure to check out the Facebook group Sonoma County Photography!